Sadly it was time to say our last Goodbyes to a work colleague and friend, at his funeral on Monday 28th April 2008 at St. John’s Church, Penzance. Keith was one of the good guys whom not only us, but clearly the Gods loved, since  he  died a “young-un” (50-60 these days is positively Teen-Age!).

We knew Keith from our time in Bahrain (Mid ‘70s) when he was working on the ATX Project and yours truly a lowly maintenance tech. in the M.O.. Keith was most remembered for his failed attempt at driving home to UK from the branch at the end of his tour. A serious accident in Saudi wrecked their car and almost their lives, but fortunately all lived to tell the tale. Someone up there was looking after them!

We met up again in Mercury in the late ‘80s and worked together at Brentford in Messaging, putting the world to rights many times, over a few lunchtime beers in the White Hart.

He always had a good word to say for everyone (with a few exceptions...) and made anyone unfortunate enough to be dragged into that ubiquitous outfit, very welcome. Given the “work-work-work” ethic that proliferated in MCL at the time, he surprised Mina and I by organising some flowers to be sent to the hospital where she was in for a major operation. Few people at that time would have bothered!

He will be remembered by many.

In terms of numbers, attendance at the Church was like the Torquay Dinner without the Dinner. Apart from Keith and Andra’s family and friends, too numerous to mention, the turnout of the F1 contingent was considerable.

Notable present were the following:

Tony “The Fridge” Roberts. (Havent seen him and his good lady

Most were accompanied by their wives, but as the current lack of brain cells precludes me from putting names to the faces, I’ve left them all out in case I get hand-bagged at the next Dinner! 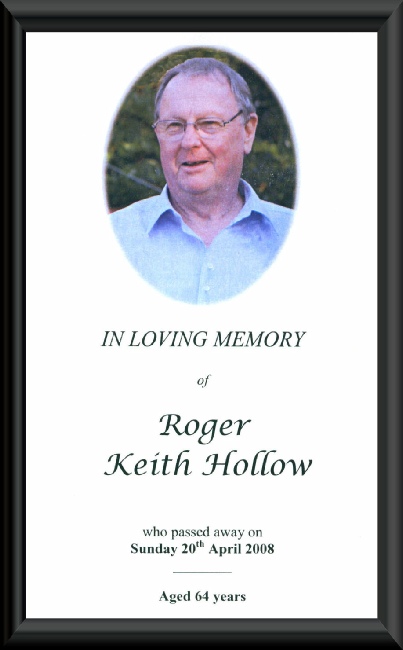