And Last but not Least - 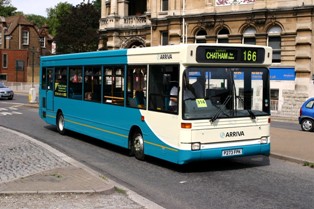 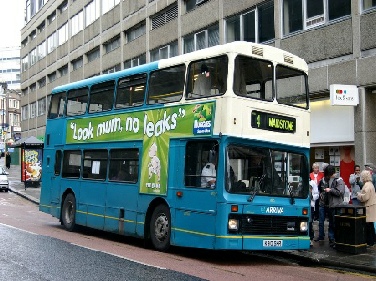 Needing absolutely no introduction, these two types can be seen every morning going about their business - three parts empty with their would-be passengers sitting neatly behind in their cars in an ever increasing line of vehicles stretching from Kent to Hampshire. The "pull over" factor depends upon a number of variables. Bus Stops are a tempting opportunity to pass, but most attempts at this are thwarted when the bus driver either stops just at the very moment a long stream of traffic is coming the other way, or doesn't  stop at all!!! Another sneaky ploy is to indicate to stop, haul in an unsuspecting passenger at breakneck speed, then move off just as the first vehicle in the queue behind, tries to pass.

And be on special lookout for this :- 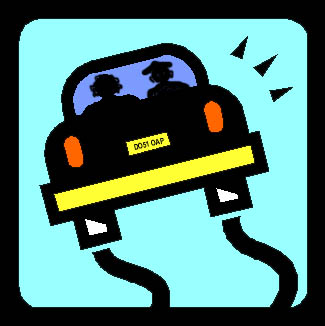 You'll  recognise it when you motor up behind one - (the Flat Cap is the giveaway). Its the perennial "OGgiemobile" ; seen just about anywhere particularly on Thursday mornings, travelling at a constant 19.5mph (reduced to 15mph prior to reaching a  30mph speed limit.). The vehicle can be anything from a Ford Fiesta to a Ferrari, the latter probably the result of a recent life policy payout, although the maximum speed appears to remain constant throughout the range.  We know not where they go - sadly, they don't seem to either....Pass these at your peril.

There are of course, many other "things"  that aren't mentioned here, like the eternal Volvo Driver (Yes, they're still around - two-speed versions available - flat out or dead stop, with an average approaching the latter.) ,Caravans on tow, Four Wheeled Drives that can't, and Strange-Looking-Number-Plates searching for the Castle Gardens. Flatbed trailers are particularly good for a laugh.  Chances are you won't see one until you've just rolled over the top of it or managed to catch your head as it falls into your lap from having it knocked off by it's sharp end as it slices through your windscreen. Suggest you keep well clear of  these blighters or be prepared to duck PDQ!

A dead giveaway this one - Bloody Slow Motorist!

You can see these coming out in droves from the gates of Benenden School, heading our way.

("Well we all had to learn sometime" . We hear you shout.. Despite many years of driving, sadly, some of us still are!) 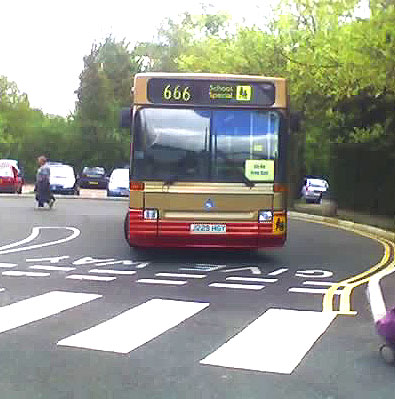 Just been down the "ROAD TO HELL", or the "DEVIL'S RIDING SCHOOL" perhaps???

and on the subject of "things", we strongly recommend you DON'T buy this in the CO-OP in Cranbrook :-

No comment necessary, except to the clown who did the labelling... 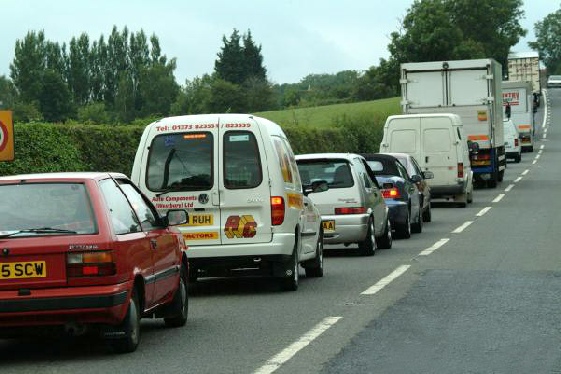 Guess the cause of this Traffic Jam.

B) A Big Tractor

Write your answers on the back of the Driver and post to the North Pole. (along with his infernal machine.)

A similar  version of the Jayceebius is the French "Massif Fergasson". Generally lays dormant in neighbouring  fields waiting patiently for  suitable weather changes. Noticeably during a hot summer, just when the airconditioning in your vehicle has packed up and you have all the windows open, it will invariably appear through the hedge in front of you and proceed along ten miles of impassable bends to the next field engulfed in clouds of black diesel exhaust.(heading your way!)  Conversely, during periods of wet weather, it may also slither on to the road  with enough mud on the wheels to build an adobe hut! Whilst the driver is happily bumping up and down to the sounds of "Adge Cutler and the Worzels" through his headphones, the aforesaid mud is busily transferring to your windscreen.  For the avid Tractor Spotter, the best time to view their antics is daily between the hours of 8.00am and 10.00am with a repeat performance between 3.30pm and 5.00pm - guaranteed to bring the place to a standstill!

Other types not shown are the Giant Rear Wheeled Monsters commonly found grinding their way up Rock Hill towing large containers of  assorted farmyard Bio-Hazard accompanied by their ever lengthening convoy of "frayed tempers." Once they reach the lay-by half way up the hill, you just KNOW where they WON'T pull over....(that's because Truckus Articulus got in there beforehand!!) 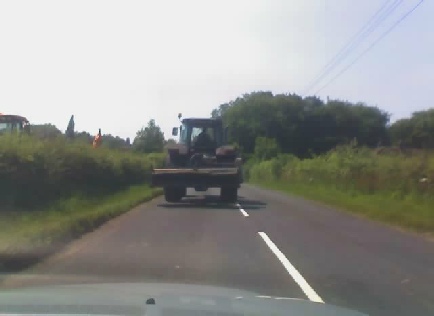 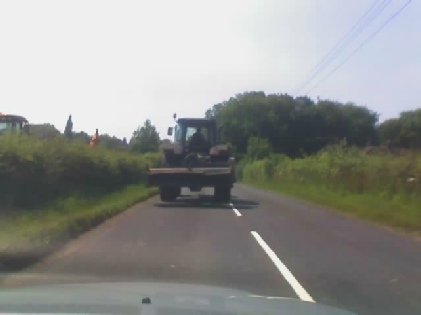 Normally found living along the Cranbrook - Staplehurst main road, particularly prevalent during peak hours in the morning and afternoon. Tuck in behind one of these monsters and time stops. The driver is either a) taking his "company vehicle" to work, in which case the word "hurry" is not in his vocabulary, or b) taking it for a joyride and having to pay for his own diesel. However, unlike the "Naggus Carrius", this machine is likely to pull over to let you pass but only when it reaches Cranbrook, and the last vehicle in the queue behind him has just left Staplehurst.  It will also pull over quite quickly if the driver drops his cigarette down his trousers! (painful!) 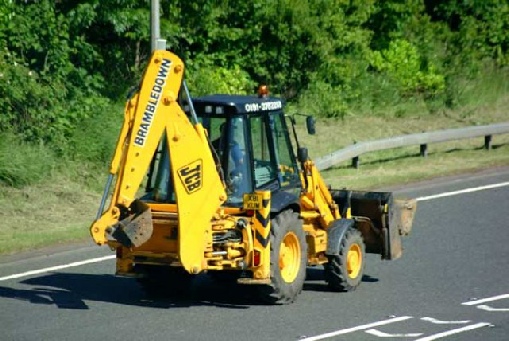 These are old favourites in and around the VIllage - The "Naggus Carrius" and the "Equestrium Crawlia". Pictured here on their home soil, they're guaranteed to venture out somewhere up the road two minutes before you do, and almost certainly when you're late for an important  appointment. Rest assured you won't get past these stalwarts down our lanes, and with their apparent inability to look in their rear view mirror or ignore it completely, these guys pull over for NO ONE! 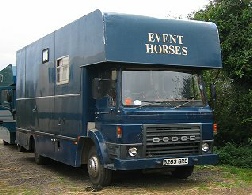 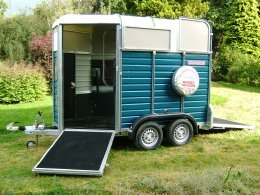 Seen here on an open stretch of Motorway, more likely appearing wedged between two rows of parked vehicles outside the Antiques Shop and the Village Store around school opening time or 4.30 in the afternoon. Can neither go backwards nor forwards due to the half mile queue of traffic built up either side, waiting to get past it. Should you plan to be approaching Sissinghurst from either Cranbrook or Biddenden at that time, bring your flask with you - you're likely to be in for a long wait!! 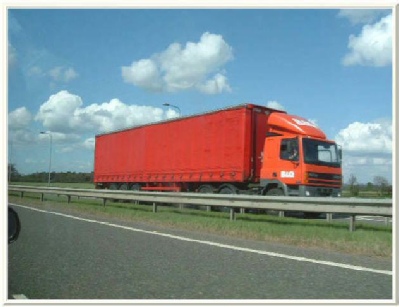 GET STUCK BEHIND IN SISSINGHURST

(However, if you see only one driver, he will be travelling at twice the speed of sound to get to his next appointment!!)