After many months of painstaking and fruitless research, very little has been discovered about this unusually named organization. All that is currently known is that the Club was founded in 1959 - end of story !! Apparently its name derives from the old Victorian "Bun Pennies" which were believed to be regularly collected to raise money, presumably for charitable causes. (More likely hoarded in the event they'd be worth a mint in fifty years time!!)

The primary aim and objective of this elusive society is to provide Presents for all those in the Parish over the age of 65 at Christmas time, who are either single, widowed or widowered, or for any reason alone at that time of year - Much like Debenhams and House of Fraser, only this lot do it for nothing!! The Club organizes many other activities throughout the year, about which my Dad never told me. (...wonder why??)

Since the authors have not quite reached the minimum age standard for eligibility, please contact the following for more information -

For the Hysterically minded, some further investigations into "Bun Pennies" have revealed the following  :-

The Bun Penny refers to an old coin in circulation between 1860-1894 depicting the head of the Queen. Her image is based on a portrait taken from a bust by LC Wyon, whose family dominated the English dye cast industry throughout the nineteenth century. Although the portrait somewhat flattered the Queen, who was then in her 40th year, the coin remained popular and was in circulation for another 33 years, by which time 350 million had been produced. (clearly at that rate they weren't worth much.)

..And How About THIS for a description!!!

There are at least two Pubs called the Bun Penny. One is in Gosport and the other is in Herne Bay!! 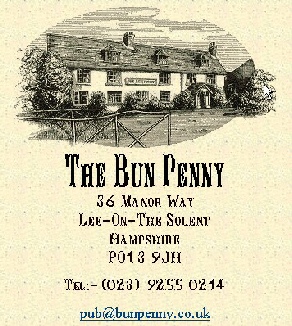 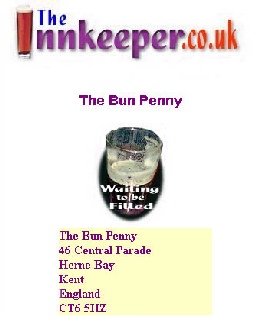 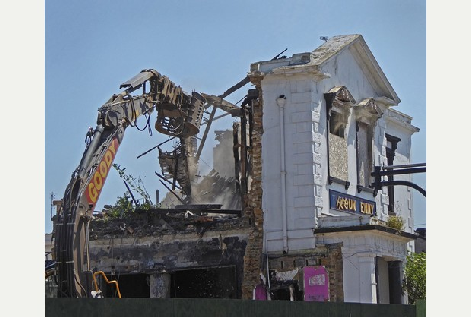