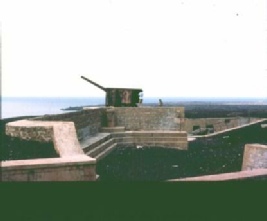 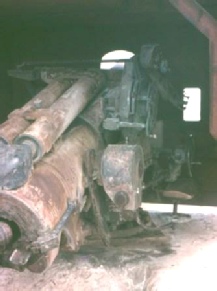 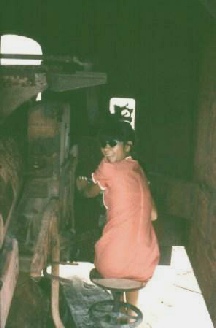 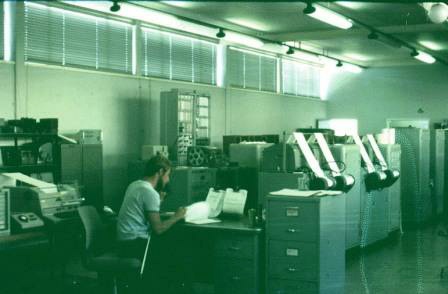 Let us not forget why we went there - The Main Office -  with 70's "state of the art" communications - DC3, TOC and Phonic Motors by the bucketload!  Pay particular attention to the “ace” watchkeeper of the day - Al Wheeler wandering through the fault register looking for something to write other than "POK ASC  or FIC ASC"!!!  'cos Pete Doswell  didn't think it was informative enough!  On the other hand, if the fault wasn't either, one quietly got the sandpaper out and cleaned the faceplate of the J35s and never said a word..  (Technical note :- this was a common fix on a Saturday night shift, right after a certain W/K had spent the evening doing routine maintenance on J-units and managed to bring the place to its knees...OK Uncle Guy??) 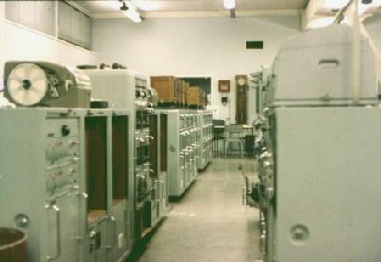 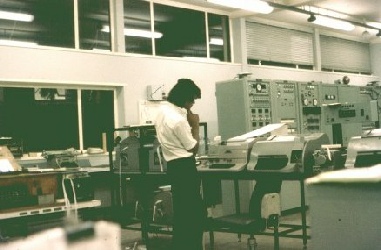 More Main Office and "ye olde grey boxes" with the most critical area at the rear - the tea table!! An Operator  stands pensively by the "Telex Machine" (the what??) down which came all the telegrams for the Island (It was deemed faster and more efficient!!). Most telegrams were five-figure coded SGs to the General Manager from H.O. One technician who shall remain nameless, (but he was called Alistair), took great delight in trying to decipher them without much success. So to help him on his way, we made one up - (Start with his name, add a few bits of text "in-clear" amongst the five-figure groups, like "unsuitable", "definitely no further action required", "recommend transfer", “defer annual salary increase” etc.) - and that was guaranteed to keep him suicidal for the rest of the day....!!! 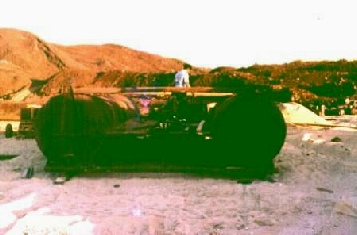 This strange contraption was a raft built by some Americans from the Base with a view to "sail" a Bulldozer bought cheaply from the leftovers of the NASA site/road building project, across to Recife. (presumably to make megabucks from the sale..).  They would have made a fortune had they been able to sell the story to National Geographic Magazine. However, the whole idea was vetoed by the Island Administrator, who was well known for veto-ing lots of things in his time. Ask Mike Smith, and Volcano Radio about his car....and a few other "Entrepreneurs" trying to "export" large quantities of old copper pipe and cable in very large oil drums. 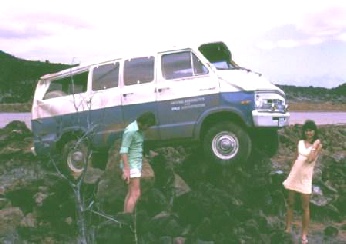 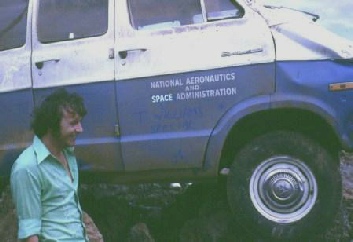 Early failures during NASA's development of their "Moonbuggy"

(the "driver" wasn't too popular either!!) 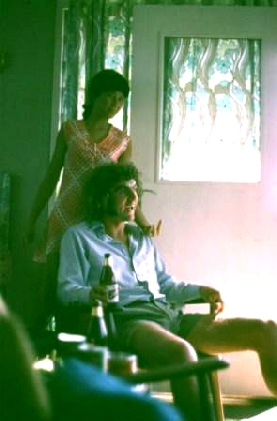 "Any minute now and I'll have Ray eating out of my hand..!" 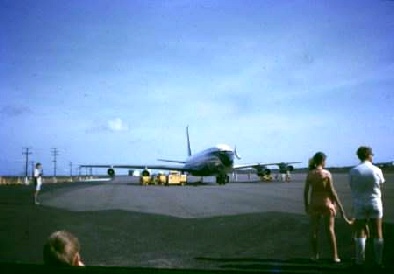 "Well you’ll just have to wait another three months for the the next Charter Flight, Bill!" 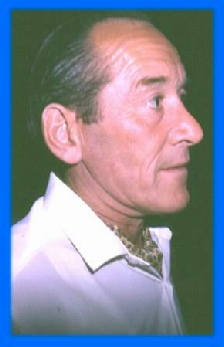 "Gone but not forgotten".

Whatever happens to the Old Exiles Club, Ken won't be far away.

Almost an entry in the Guiness Book of Records - Somebody got married on Ascension!!  (Quite a lot went the other way! ) Tim "I'm-a-Schoolteacher" tied the knot accompanied by, I believe, Mike Smith "Of-the Mess" as Quite-a-Good-Man. 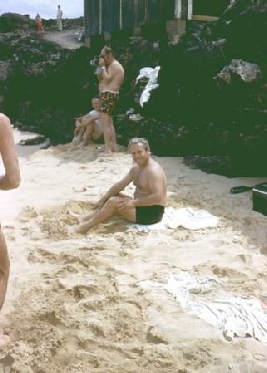 Whilst the "Reverend" Jim Jones would much prefer to loaf on the beach..... 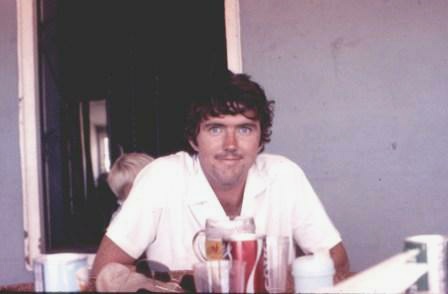 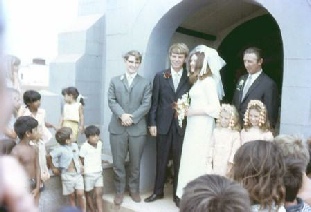 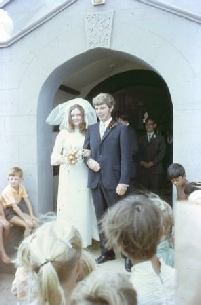 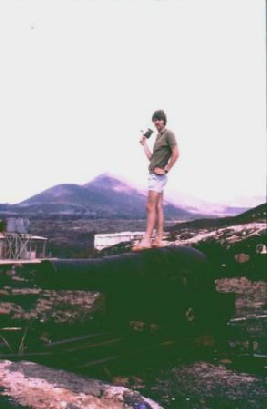 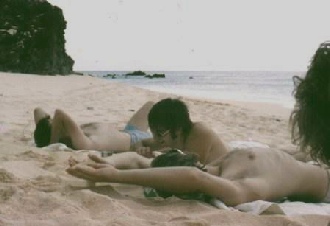 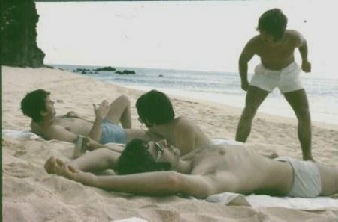 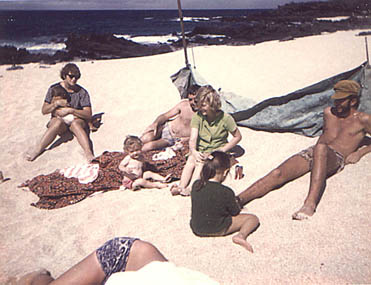 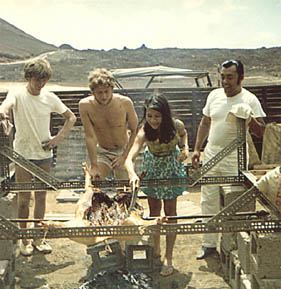 How to deal with an outbreak of Foot-and-Mouth, even if Al Wheeler can't wait to get stuck in!! 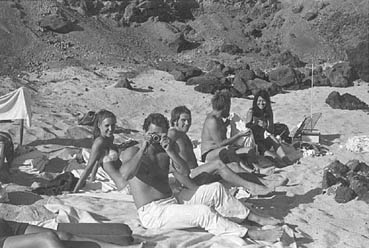 English Bay with Bob Pippett, Wilf and Babs Hebron. The hairy one with his head screwed the wrong way,  is "Boots" Beauchamp, the telephone engineer!