Reading through the paper a couple of days ago, (as retired people do when they don't have to get on the train and go to work any more...), came across this article in the Express concerning dear old Adolf's  WW2 dream of conquest of the United Kingdom. Apparently these were part of a collection of books and documents recently sold at an auction in Shropshire showing some of Hitler's invasion plans for Britain. The ringed areas were possible landing sites...... 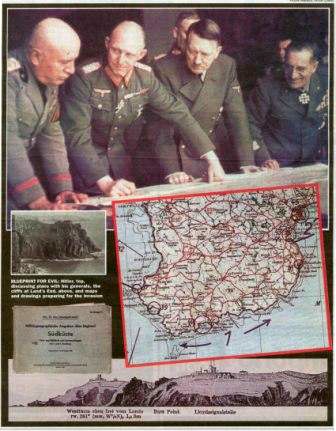 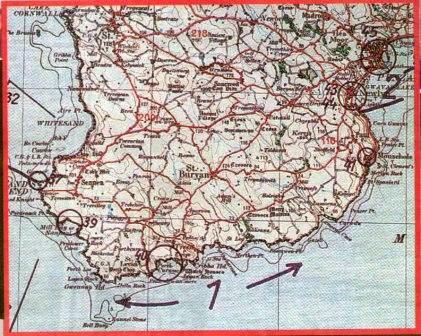 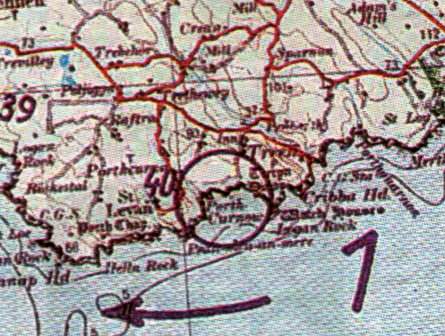 Pictures are not too clear, but you can see where this Nasty Piece of Work had his eyes fixed on to come ashore.

Just think of the possibilities...

The Tunnel gets used for a missile launching site, with the silo opening up through Treen Pub??

The Theatre on the Cliff closes down and becomes the "The Guns of Minackarone"??

Zodiac House, Block 1 and 2 becomes a military training centre (or worse - part of Hitler's Aryan "Love Camps" - nothing changed there then!!)