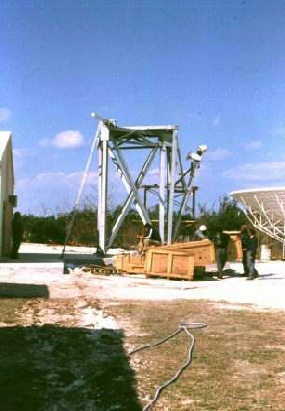 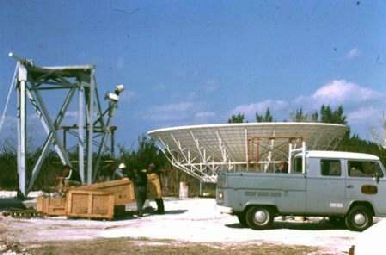 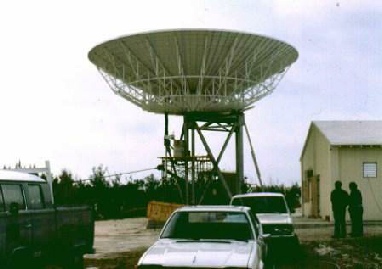 Bermuda's first Earth Station - Design and Construction rumoured to be from our very own C & W. 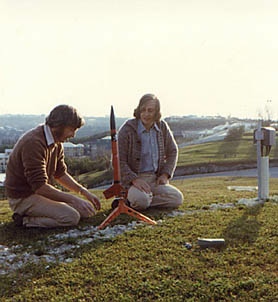 Stuart Paley and I  - self styled Bermuda Rocketmen. Fun was shortlived when rocket caught on antenna in the aerial farm. Memo to all staff followed, prohibiting kites and "other air-borne missiles" from Devonshire Site.  Spoilsports!!! 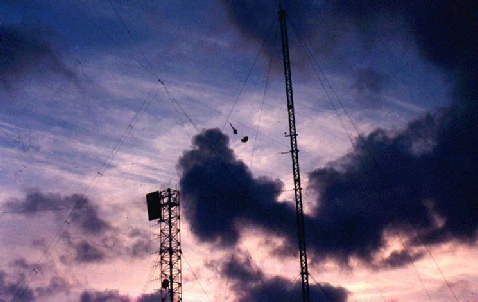 And just to prove it, there it is - stuck in the wires!!! 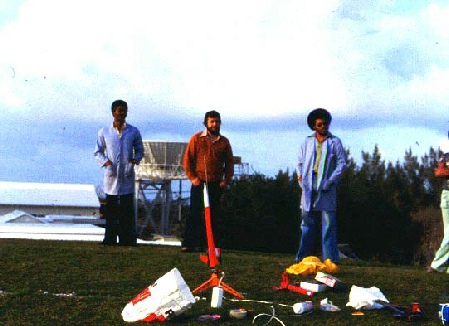 Spotty looks in danger of getting one where it might hurt, while Phil Harris models the "latest" in hair fashion.... 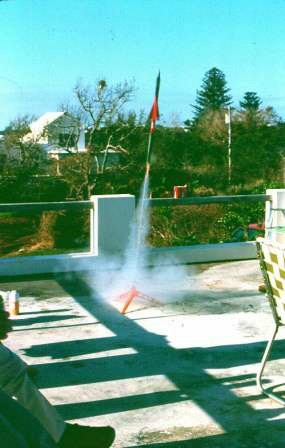 In view of the Devonshire ban, we were forced to move the "launch site" to a new location... Adrian Reed’s patio! 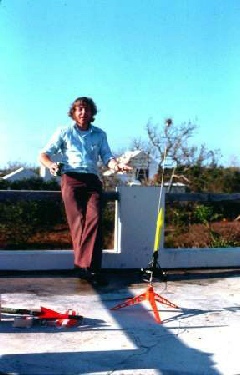 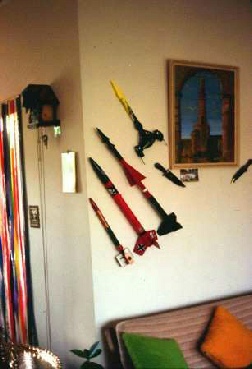 .....complete with armoury, beer and even worse haircuts!!! (well mine was anyway...) 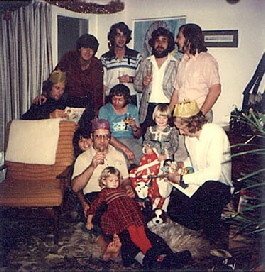 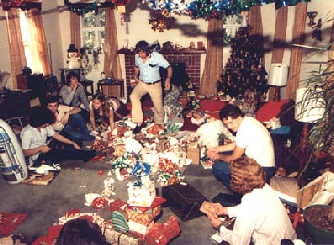 Same place the following year only a lot messier. Imagine 20 people each buying  presents for 20 more people then opening them at the same time! Still, the "kids" had a good time (those over the age of 27 especially!!) 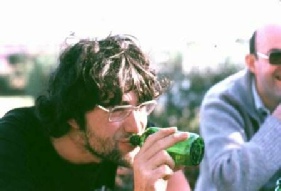 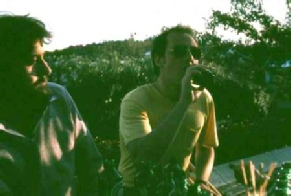 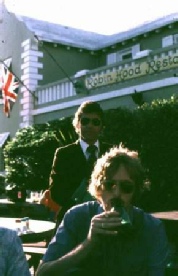 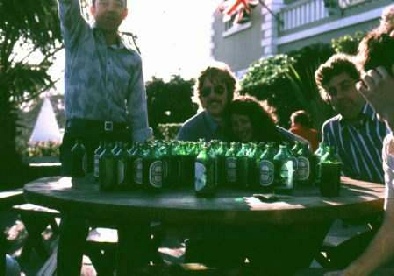 The above photos have a certain "thread of commonality" running through them...

....The Saturday morning "Hangover Specials" at the Robin Hood perhaps?? 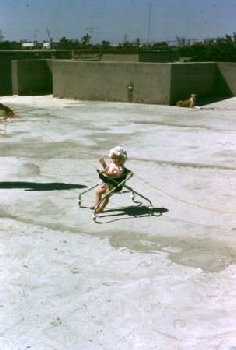 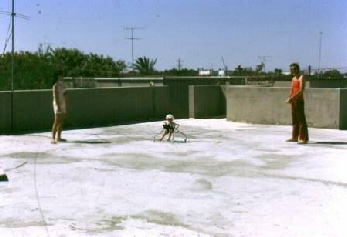 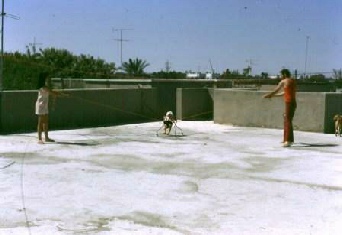 Daughter Suzanne on our roof in her Babywalker - they were NEVER made to be used like this! 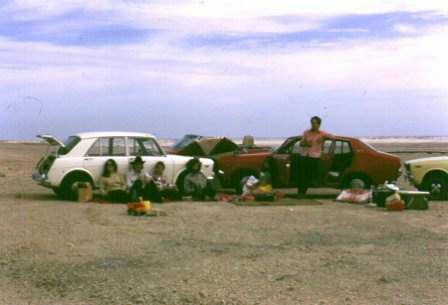 A bunch of "Irish Travellers" in the desert? 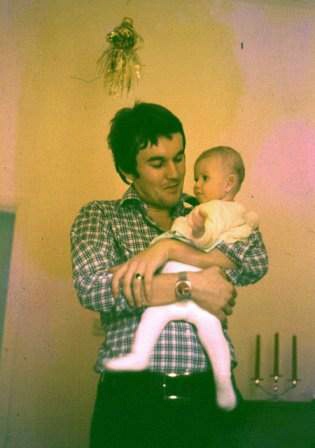 Most of our pics of Bahrain are on slides which hope to outsort in near future. Meanwhile, this  is the only photo we have of Bill Keohane, shown here in  typically welcoming pose!! On the left is "Bedstead" and right, the late John Dudeney talking to Bill's wife. Where are you Willie??!! 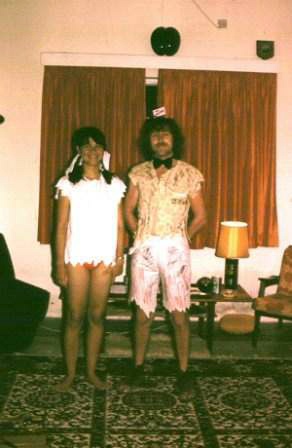 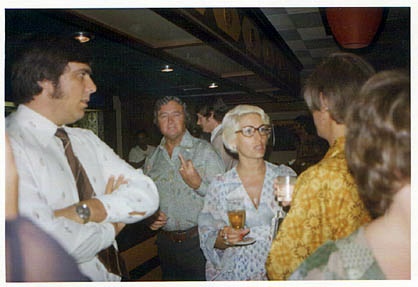