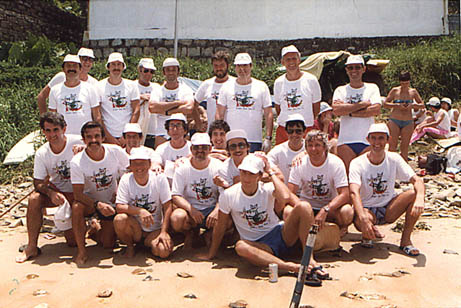 Dragonboat Race Gold Team 1983. (I think we actually won that year, mainly because it was the last time the "HMS Tamar” lot were allowed alcohol on the beach!!) 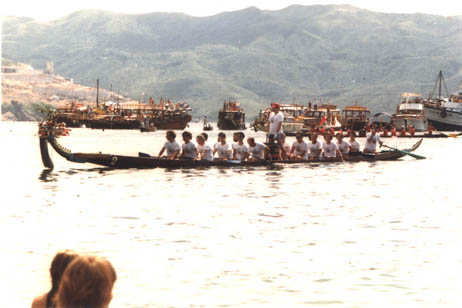 All Dragonboats are usually low in the water. Thanks to Dave Escott, ours was even lower!! (only kidding Dave....) 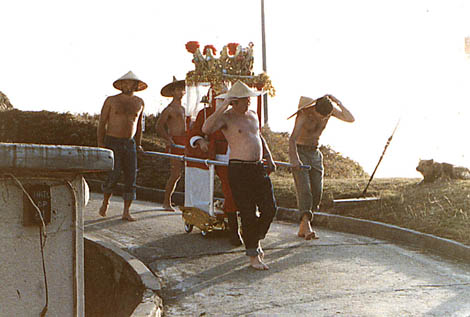 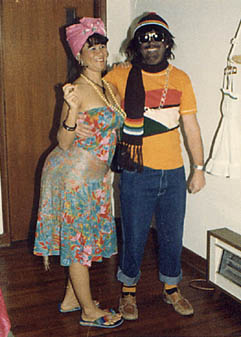 Some people always did love a party!!

Having taken the opportunity to return to “The Former Colony” at the invitation of some close friends, we took time out to check on a  few of the remaining  haunts and watering holes frequented back in the ‘80s. Whilst we saw, and expected to see, many changes (the number of new buildings has increased to such an extent that it was difficult to locate the old ones!), some things never change. Sadly, having been away from the place for so long, it was difficult to remember some of the places that hadn’t.  Lockhart Road, Wanchai, Causeway Bay all look, sound and smell the same. The only differences seem to be the improved cleanliness of the place, and the noticeable reduction in numbers of followers of the national hobby of “gobbin’- on - the -  pavements”!  Even the Public Toilets, which none but the brave dared go near in the old days, have cleaned up their act. In fact, having patronised one or two during our stay, I no longer felt the need to rush round to the nearest

G-U Clinic for a check-up afterwards. On the down side, a quick stop for a celebrated lunchtime “Club Sandwich” in what used to be the “temporary home for new F1 Arrivals”  The Excelsior, now set me back about Fifteen Quid! Add a couple more snacks, two  beers and a couple of soft drinks , we’re  talking three figures!. Needless to say we didn’t go back there again.... However, the Noonday Gun still fires for free - and its still only 2 dollars on the tram from anywhere to anywhere!

But rather than sound like pages from a tourist guide, and a picture being worth a thousand words, herewith a few compressed “gems” that might bring back a few memories for those who’ve been away for as long, if not longer than we have:- 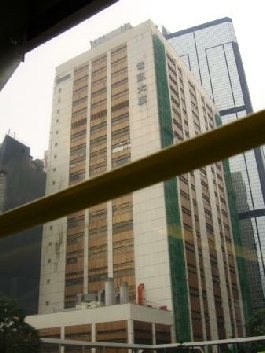 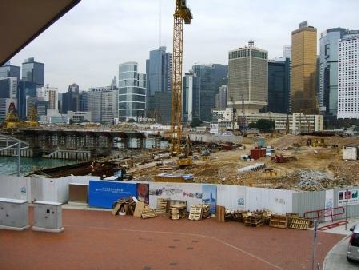 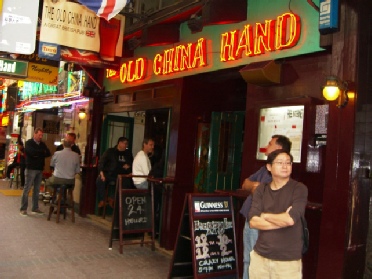 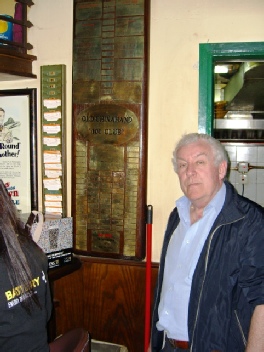 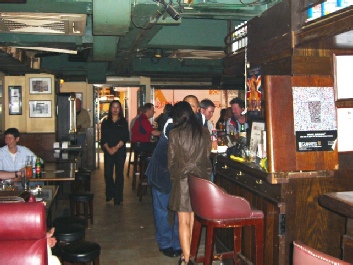 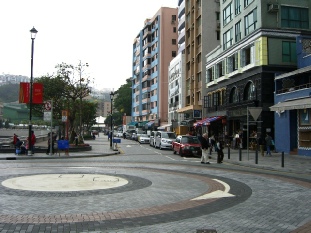 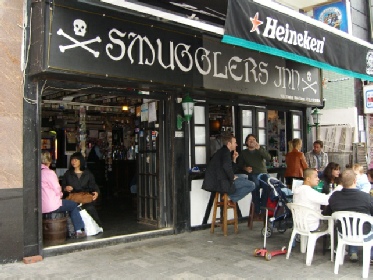 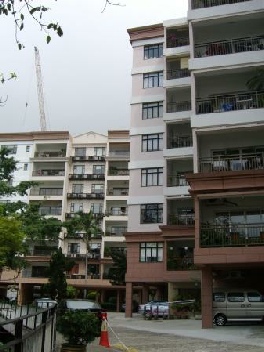 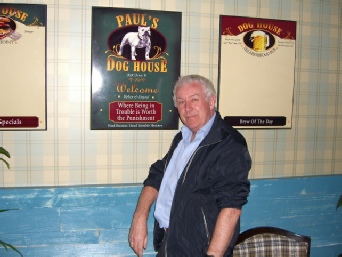 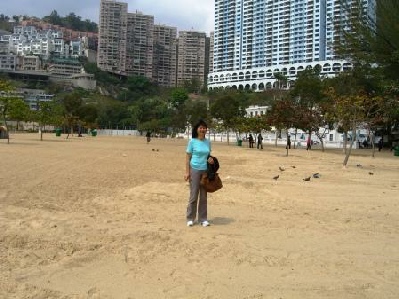 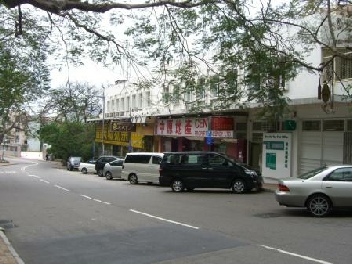 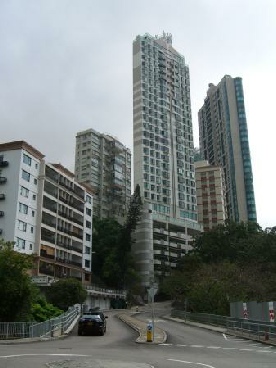 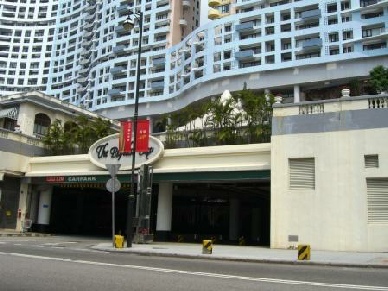 “New Mercury House” not looking so new anymore. Some say that given the amount of new buildings surrounding it, its now becoming a bit of an eyesore and ought to be pulled down. (a no-surprise quote from a building developer we know..)

The Old China Hand - definitely OLD and getting kinda tatty!. Whilst it was never a particularly  salubrious joint, it’s now completely open at the front with about as many Ladies of the Night (even on a Saturday afternoon) as there are customers. (Probably local Amahs moonlighting on a day off!) Big Screen football and a thousand Dbs of Rolling Stones on the PA . Just the job for a quiet drink at the weekend - NOT!

The List of Original Patrons (OCH 100) is about the only relic left in the place (along with the toilets out the back!). I think Dave Escott owns a brass plaque somewhere on the board.. (Was looking a bit peeved as the old dear in the kitchen didn’t want her photo taken with another old git -me!)

,,,Anyway, I found a much nicer bar just down the road!

...Talking of Pubs, this one is still around in Stanley, and I’m sure I heard the Ghosts of Tom Mackay and Davie Morrell knocking on the bar! The decor is just as dreadful as ever, but unfortunately there appears to be no  graffiti on the walls and ceiling earlier than 2005. Guess they must have “redecorated” the place....

The road past the Smugglers, which used to be no more than a rough track, has had a serious face-lift along with the usual increase in building works. Very nice but doesn’t have the same “ambience”.

Back further up the road, is the area that needs no introduction - Repulsive Bay! Apart from “The Mansions” (right behind Her Ladyship and slightly to the left), home to many of us in the past,  and looking distinctly past their sell-by date, the place is actually CLEAN. The beach is clean, the public toilets are spotless and... there’s virtually no shops! Big Mac has disappeared forever, along with Wellcome supermarket and other outfits. There is a new shopping mall but currently empty and has been for the last 12 months apparently..

Not too far away, another ex-F1 stronghold still stands - South Bay Villas. This time though, not an ex-pat to be seen. Judging by the Mercs, Hondas and BMWs in the parking bays, looks like this place has gone native as well... (C and D blocks in the photo.)

For those who regularly trudged down the hill to top up the beer fridge, even Park ‘n Shop has been replaced by a couple of Estate Agents.

The more modern faces of Repulse Bay, plus what looks suspiciously like a “remould” of the old Repulse Bay Hotel. Current purpose unknown as we didn’t venture inside.

Meanwhile in downtown Wanchai, “HMS Tamar” now stands completely landlocked. Apparently the distance between here and Kowloon across the harbour is down to not much more than 800 metres. Should save Star Ferry a few bob on diesel! 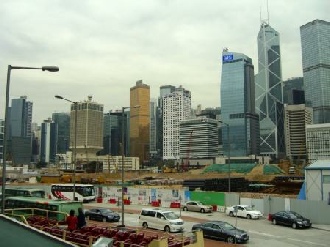 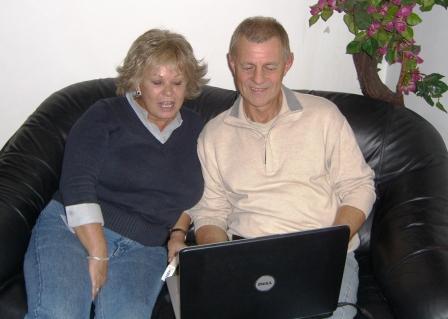 We did make time to look up some old friends, in particular, Dave & Jill Manion.

Dave was working at the Earth Station by the time we left in ‘85. He left the Co. Some time later and has virtually been in HK ever since. Lucky S**! Anyway, as ever, both still in social mode. Good to see you both after so long. Let’s hope we don’t wait another 25 years. Might not be around that long.... 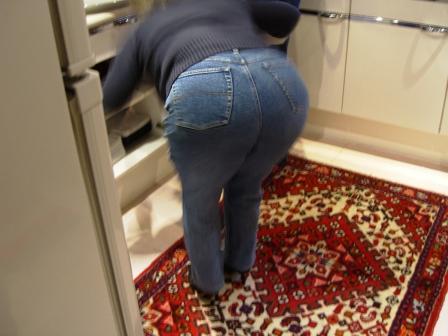 Nice to see you again Jill, BOTTOMS UP!

And thanks to Manny & Jenny for letting us clog up their flat for a fortnight. 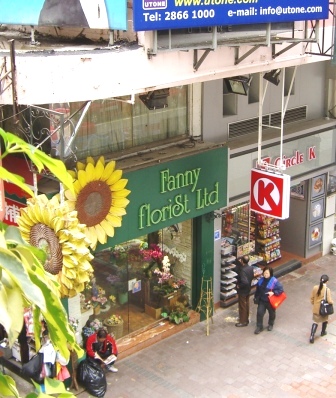 We’ve seen flower sellers  for weddings, funerals, anniversaries and all other special occasions, but this is a new one... Imagine!

Your wouldn’t see THAT now, without getting arrested!