Having been on Permanent Annual Leave for a few years now, we finally decided to try out  a CAWPA lunch this year. During the  course of employment with the Company, the ambition used to be to reach a senior position as soon as possible. However, with this outfit, we're in absolutely no hurry whatsoever!!

There are quite a few photos, so it may take a while to load. Unfortunately not all of us are blessed with Superfast Broadband, as BT seems to think that ADSL means Any Delay Saves Lots!!  ...so please be patient. (..don't they all say that!!)

..although most of us just stood around!!" 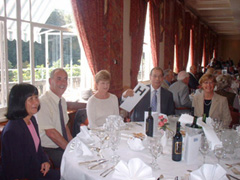 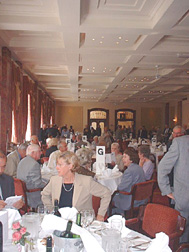 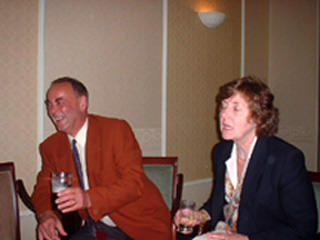 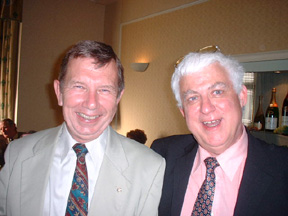 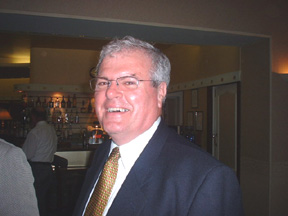 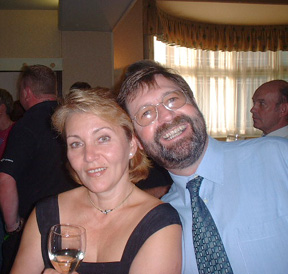 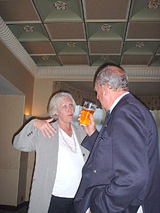 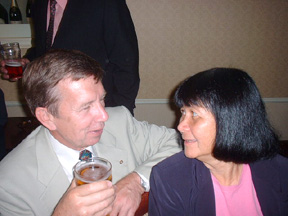 Beer is about to run down the back of 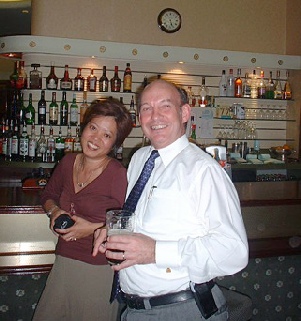 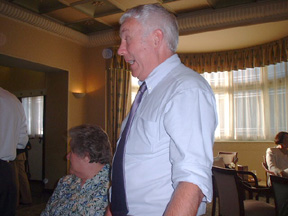 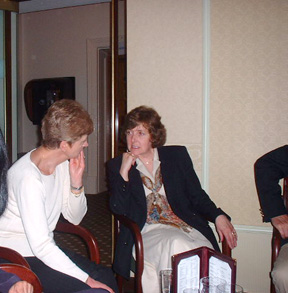 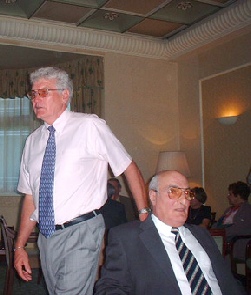 got hold of there!” 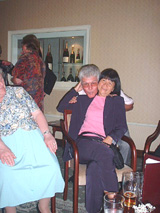 "My husband will have your head off if he sees you, or is it off already..??!" 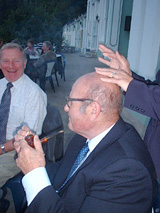 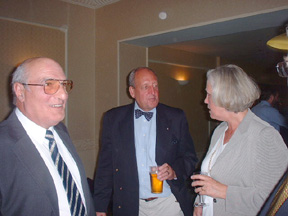 You always had a good head for something Derek,         "So all you do is press Ray's nose and

Paddy's just heard his pension's gone up by Ten Percent... 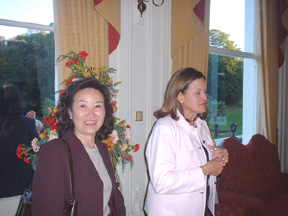 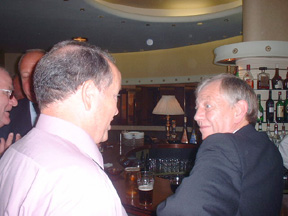 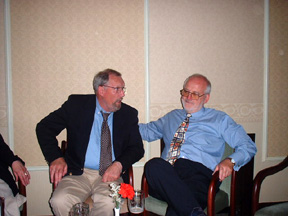 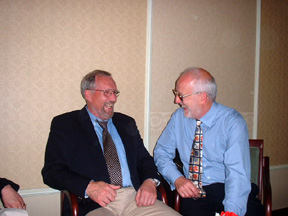 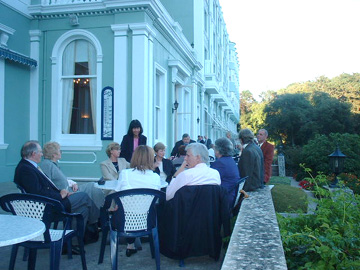 Following an absence of about three years, largely caused by several bouts of suicidal depression from  reading articles on the F1 email Forum, we decided to give TQ another go and once more join the annual  lunchtime Bunfight at the Palace Hotel.  Either we’re getting old or the other guests are getting even older, (maybe both?) but this year the attendance seemed to be positively historic. Since there appears to be few , if any, replacement Retirees coming in from anywhere of what’s left of C&W, the continued “life” of such reunions must surely be questionable.

(Come on you Pensions people - what about the Deferred Pensioners? It’s only a lunch for goodness sake!).

However, as ever, everyone enjoyed themselves, the meal was 9/10, the company  was good and we all went home more than a few quid lighter than when we arrived.  Back next year ? 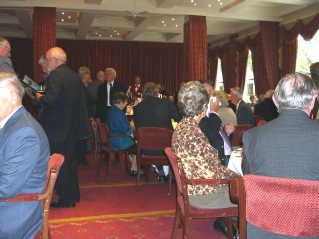 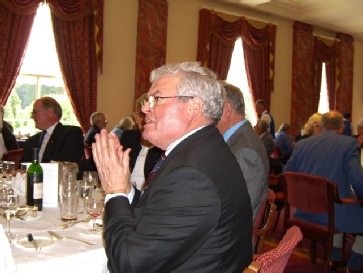 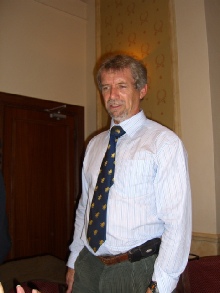 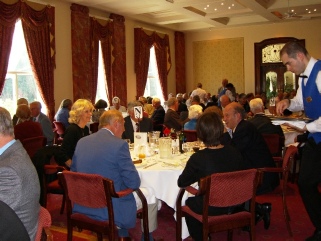 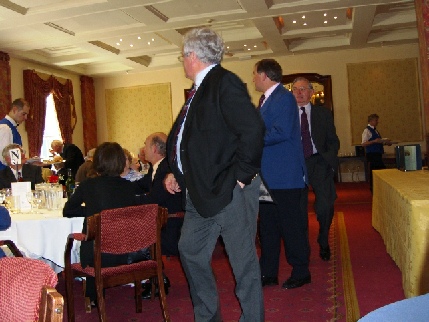 Dick Goodley - One of this year’s few “First Timers”.Glad you came Dick? 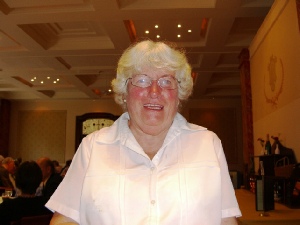 ...and this lovely lady was a great waitress. Extra helpings all round and ice cream for me instead of the Pavlova.  Cheers m’dear!

The “Two Daves” - attention drawn to a “Whispering Bob” lookalike, demonstrating his starring role in an upcoming movie from “Hammer Films!”